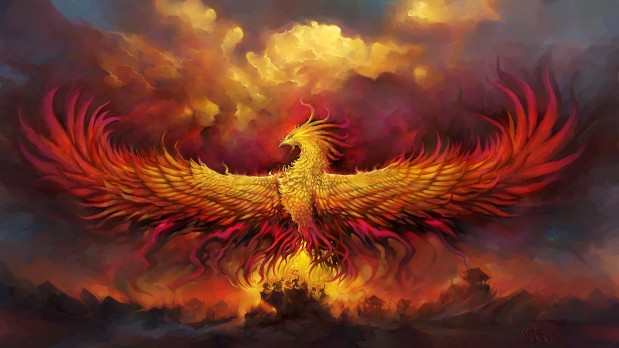 The fire and ashes are building all around me. I’ve been through this cycle of burning down and rising up from the ashes before, and I will do it again. Metastatic Breast Cancer. My current set-back.  As a breast cancer survivor, it’s not an unexpected hurdle. Sadly, I’ve witnessed my peers going through similar difficulties. All I can do is take it day by day, trust my treatment plan, and do my best to redefine myself once more.

I haven’t been feeling well for some time. I wrote it off to my slow recovery from the knee injury, and the fact that I have not been able to get back into a regular exercise routine. This spring, I generally felt weak and out of shape. About a month ago, my symptoms were getting noticeably worse. I had shortness of breath, and I developed wheezing and a cough. I have to say, this is the worst cough I’ve ever had. And I’ve had all forms of bronchitis, pneumonia, etc. This is definitely worse.

On July 23rd, I went to the ER with sharp pain in my ribs along with the severe cough and shortness of breath. I knew something was not right with my lungs. After a number of tests, I ended up being hospitalized overnight. They found that I have pleural effusion (fluid in the lining around both my lungs). They did a thoracentesis (stuck a catheter into the pleural cavity via my back- yes, I was awake…) on the right side to drain the fluid and sent it for analysis. The left side was more complicated. The fluid was loculated, hardened into multiple, fibrotic pockets, therefore, not free flowing nor able to drain. I was told at this time that surgery would be the only way to clear the gunk from my left side.

Over the next week or so, I did several other tests, X-rays, CT scan and blood work. And coughed and coughed.

On August 1st, I saw my oncologist to try to make sense of the results and develop a treatment plan. The fluid in my pleural cavity (space around my lungs) contains cancer cells that had spread from my original breast tumor. All of the other scans are clear, though, and the cells have not formed any tumors that could be detected. Of course, ILC, Invasive Lobular Carcinoma is known for being extremely difficult to detect via scan, so there’s that grain of salt.

The cells have changed slightly from the original tumor (ER/PR+HER2- to ER+PR/HER2-), but not enough for me to need to go through chemo again. My doctor will put me on hormone therapies (Ibrance and Faslodex) which attack the cells directly. In her experience with other patients, the cells are quite responsive to this therapy.

Originally, my oncologist felt that the surgery would be too invasive, and that the treatment would clear up the fluid. However, at my next appointment, on August 9th, when I told her that the cough was becoming unbearable, she called the lung specialist. He advised that since the left side is loculated, it will be difficult for the hormones to get into the fluid to do their thing, and he recommended the surgery. With that, he and my oncologist called a lung surgeon immediately and I got in for an appointment the next day. Yay, the perks of having a dream team of connected super-doctors.

Yesterday, August 10th, I met with the lung surgeon to discuss a robotic surgery, called thorascopy (no, I will NOT be awake this time). He will make a small incision and insert a camera, and several other incisions for the surgical instruments that will be used to “break up” the pockets and scrape out the goo. After that, there are two possible outcomes. Either my lung will re-inflate and he will put talc in the cavity to make the lung stick to the pleural lining so that fluid can’t re-fill the cavity. Or, my lung won’t re-inflate, due to damage or tumors or other bad stuff, and he will need to leave a catheter (chest tube) in so that the fluid can continue to drain. This could be for a matter of weeks or months. I’m pulling for option one! But, at this point, I’ll do whatever it takes to relieve the cough and get the cancer cells out. If that means a chest tube, then that means a chest tube. Depending on the outcome, I could be in the hospital for one night or for several nights.

Wasting no time, surgery is scheduled for this Monday, August 13th. This is the least amount of time I’ve ever had to prepare for surgery. My pre-surgery nesting mode is kicking in to high gear, but I don’t really have the energy to do the things on my “to-do” list, so I’m just going to have to accept that stuff isn’t going to get done before surgery. Surgery and healing are my number one priority right now.

This is not a hurdle I wanted to face, but it is the hurdle in front of me, so I have no choice but to charge at it and jump it. Overall, I am very positive about fully recovering from this. Right now, I am laying low and resting as much as I can (and did I mention, coughing…). I look forward to getting some relief soon with the surgery. I will keep everyone updated as new info comes in.